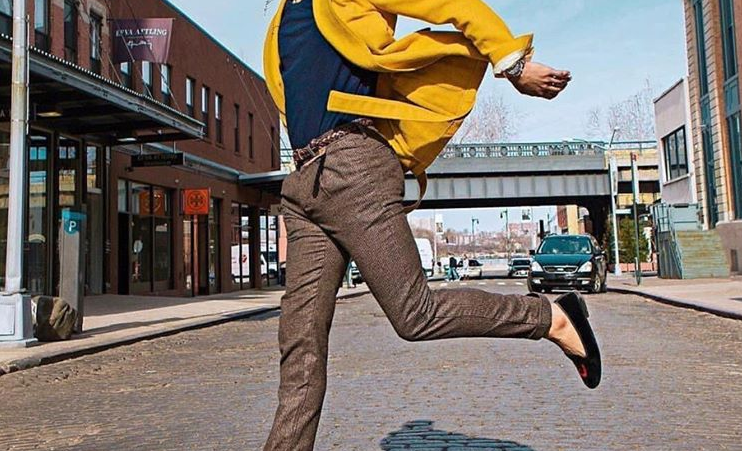 A Look Into Why I Am Still Rooting for Howard University and You Should Too.

“The Mecca”, “HUUU”, or Howard University are some of many aliases of the most popular historically black university in the world. Founded in 1865, this university has been home to some of the best and brightest scholars, artists, researchers, lawyers, and business professionals of our time. It has been the blueprint for television shows and movies depicting HBCU culture and a badge of academic honor for alumni worldwide. Growing up in the Washington Metropolitan area, I have been aware of the powerhouse that is Howard University. Many of my church members, mentors, and school staff have attended and are wildly successful. That success was a part of the mystique of the institution for me. Was it the school itself, the hard work and discipline of the students that attended, or the strong alumni network that made everyone respect the exemplary black excellence? I decided it was all of that and more.

However, Howard University has not gone without it’s fair share of public scrutiny. The university that has been a vanguard in the African American community made headlines all over the country for a financial aid scandal involving the misuse of funds and abuses of power. Over the course of nine years, from 2007–2016, university officials received tuition remission and university grants. Some speculation is that over a million dollars worth of scholarship funds were distributed to employees as opposed to students in need. Social media targeted Howard University School of Law student Tyrone Hankerson Jr. at the center of the scandal citing Hankerson as receiving grants totaling over $400,000. These accusations, combined with his lavish lifestyle of vacations, designer clothing, and perfectly angled instagram shots, caused an uproar on social media. Howard University students staged a nine day sit in and requested their demands be met. With the scandal, questioning of leadership, and sit-in, I decided to talk to current students; Tiphani Jackson, Doctor of Physical Therapy, C/O 2018, Tamia White, Computer Information Systems, C/O 2020, Kendall White, Nursing, C/O 2021, and Malcolm Horton, Supply Chain Management, C/O 2019. We discussed their experiences at Howard University and the changes they would like to see at their academic institution.

BB: What is the current campus climate?

Tamia White: It finally feels like the Howard I love. If you attend Howard, you know what I mean when I say the vibe was just off for 1–2 months. But, now everyone is back reconnecting and being great.

Tiphani Jackson: I would say the current campus climate right now is one that is upset, but unified. I thought it was really dope that they were able to organize and stand up for demands that weren’t being met by the President and other members in leadership. Howard is like one big family and inside a family of course you have problems. One thing I like about Howard is that we know there are shortcomings, but we take them on as OUR shortcomings. There will always be love shown from Howard students, faculty and the surrounding community because that’s just the nature of the HBCU. Nothing will ever be perfect, but I think this served as a wake-up call that we all need to hold ourselves more accountable in how we uplift and represent our university.

Malcolm Horton: When the information was released there were students on campus holding a sit-in for about a week and a half. Besides that it’s just a feeling of mistrust of how they feel towards the Board of Trustees and the President.

BB: What changes do you want to happen in the near future? Long term?

TW: I would love to see Howard build a student center. A place where it’s not focused on anything specific (academics, sports, or professional clubs) just a space where students can unwind and get their mind off things. Also I would love to see more alumni participation. The more help and support us undergraduates have, it will go way beyond measure.

TJ: I would like to see Howard depict what it is to really be “The Mecca” with regards to educating our own people. There’s so much gentrification going on up and down Georgia Ave and it saddens me to see Howard kind of at a standstill with a number of things. The campus itself needs an update. In the near future I’d like to see the buildings adopt a more modern feel that would attract students to what use to be one of the best institutions to foster the learning of the African American student. Long-term I want to see Howard and Howard Hospital become a positive community pillar to the people within it.

BB: Why did you choose Howard University?

TW: I chose Howard University because from a young age, I knew that I wanted to be surrounded by Black excellence that will give me the tools necessary to have a prosperous future (personally and professionally).

TJ: I chose Howard University because they gave me the opportunity to learn amongst people that look and think like me. I am the product of an HBCU with regards to my undergraduate schooling and felt like there was no better place to learn on an even higher level than The Mecca. While I would like to see improvements in leadership, campus modernization and community involvement, Howard has done a good job at shaping me into a resourceful, independent, fearless clinician.

MH: I can definitely say that my mother going to Howard had an impression on me and the type of person I have become. It definitely helped me have a strong relationship with who I am as a black man and I appreciate that.

BB: What are some of your most memorable/positive experiences at the University?

TJ: One of my most memorable experiences at HU was volunteering with the Occupational Therapy department to make bags for people without homes in the community and taking them to K Street to give them out. The day we went to give out the bags it was cold and rainy but the energy from the people we gave the supplies to is something I’ll never forget. They literally had nothing but were more happy and unphased by the rain and cold than we were. Many people came over to our stand just to speak to us because they saw that we were from Howard. That kind of effect on the community is that makes me happy to walk around in HU gear.

Kendall White: The most memorable experience I had so far at the University was trying out for the one and only Caribbean dance team ‘TROPICAL RIDDIMZ’. I felt like since I was on campus I may as well join a club or team that gave me a purpose. I had mixed feelings the entire time I was auditioning. But when they finally posted the new team members on Instagram I was so happy and ecstatic that I could do something I love on campus and possibly leave my own legacy. My team members have become my family and a chance to destress from school, even if it’s just for a couple of hours.

BB: What legacy does the university have culturally, nationally, and internationally?

TJ: I feel like anywhere you go when you say “I go to Howard” you get some type of automatic respect within your culture or not. Even people who aren’t as familiar with “The HBCU” tend to know what Howard is. We love our international students! Howard is big research school and a good number of students who come to Howard for research are international. I think the legacy that Howard upholds is one of minority excellence. Being that they are the number one institution to graduate black doctoral students, I think Howard will always attract minorities who strive for the highest degree. The fact that one can obtain the highest level of learning while getting mentored and taught by professors who look similar and have gone through similar struggles makes Howard an ideal institution for young people who want to uphold the mantra of Black Excellence.

BB: What do you want outsiders (non-HU students/staff) to know about HU?

KW: Howard is a wonderful institution with great people who you can make lifelong friendships. At Howard you will receive the real college experience you will be stressed, have good days and bad days. One piece of advice I would give to all those thinking of attending Howard is to always be prepared, especially with financial aid. I also want to tell future students that in college you cannot wait for anyone to go fun. If you want to go to a party go to a party, if you want to go eat, go eat. You do not need anyone to go with you to have fun.

TJ: I want people to know that regardless of what is said in the news, or portrayed in the media, Howard will persist. We may not have it all together but I don’t think any institution does. We are not making excuses and we will continue to serve our ever-illustrious university in truth and service.

TW: I want non HU students to know that sometimes we do go a little crazy on twitter but we really do respect and love our University, and will continue to uphold the standard of excellence.

MH: You have people outside of being black wanting to come to Howard and learn what it’s about because of what it represents. I love Howard, I’ve met great people there, I’ve met celebrities there. These type of incidents happen because things need to get improved. I hope it does not affect how Howard looks as a whole, because we are so much more than that. It is time for change, it is time for change everywhere.