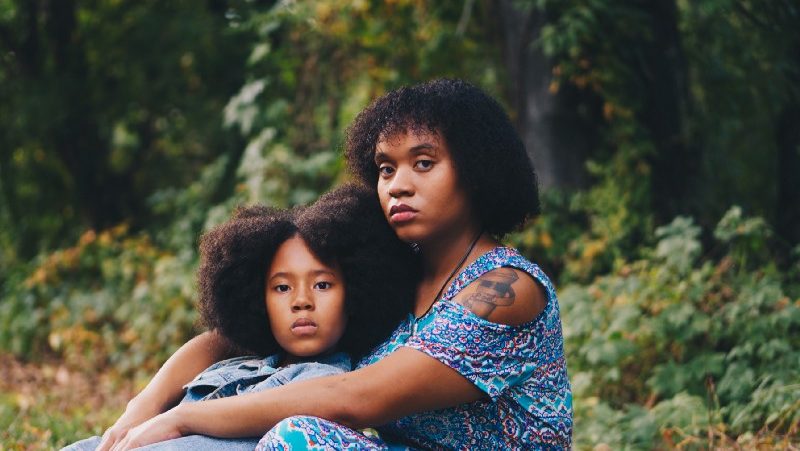 “I’m convinced that we Black women possess a special indestructible strength that allows us to not only get down, but to get up, to get through, and to get over.” These words spoken by Janet Damita Jo Jackson encapsulate the Black woman’s experience with a deft accuracy. “Strong,” “tough,” “resilient,” are words many would use to describe Black women. We may even use these words ourselves. However, that notion of strength often detracts people from an area where Black women can be particularly vulnerable: health. Disparities in access to health, delivery of care and utilization has a tremendously negative impact on Black women. As a result, Black women are susceptible to chronic illness and disease that not only affects them but the people in their lives who are relying on them. In an age where we have more access to information, it is essential that Black women take control of their health. It is imperative that we become our own advocates in the doctor’s office.

The United States ranks one of the highest in maternal death rates despite being one of the most developed countries in the world. Every year 700 to 900 women die from pregnancy or childbirth-related causes. [Insert your reminder to use pregnancy-prevention practices.] Moreover, the chance of dying in childbirth, or due to pregnancy, is significantly higher for African American women, low-income women, and women living in rural areas. Are these women naturally unhealthy? Not necessarily, but when you think of the economics of healthcare, it is easy to see why African American women are suffering at larger rates. With little to no insurance, expectant mothers are less likely to utilize prenatal care, more likely to suffer chronic conditions or comorbidities, or may deliver in underserved hospitals. In 2017, United Medical Center, a city-run hospital in the District of Columbia that mainly serves residents in wards 7 and 8, shut down its obstetrics wing following allegations that staff did not provide appropriate care to delivering mothers. The District has the highest maternal mortality rate in the country with Black women three times more likely to die of pregnancy-related causes. If mothers survive childbirth, many suffer fatally from post-childbirth complications. In fact, according to the Centers for Disease Control and Prevention (CDC), more than half of maternal deaths happen after childbirth. Black mothers have higher rates of C-section, pregnancy-induced heart failure, and hypertensive disorders. [Insert your second second reminder to use pregnancy-prevention practices.]

How can we prevent this from happening? One is to be an advocate for ourselves which means learning about pregnancy and its risks. Multiple award-winning Olympian Serena Williams is an example of what it is to be an advocate for yourself. After the birth of her daughter, Williams informed hospital staff that she was having issues. They ignored her. Williams pressed back against doctors’ false diagnoses. Finally, they listened and were able to spot blood clots in her lungs before they became fatal. See, Williams had a history of blood clots and knew how to confidently demand the care she was paying for. Mothers should be encouraged to demand care when their body tells them something is wrong. Another strategy to help mothers is using doulas. Doulas are trained professionals that provide emotional, physical, and informational support to mothers, before, during, and shortly after childbirth. With this increased level of support relative to traditional American medicine, mothers are able to adjust after childbirth. Cities like Baltimore, Brooklyn, Chicago, and Tampa have launched training programs to get doulas to women in need.

Be PrEPared to Protect Yourself

Sexually transmitted infections and diseases (STI/STD) still exist. Women are disproportionately impacted by STD/STIs with Black men and women being more likely to contract gonorrhea, chlamydia, and syphilis. Among all women, Black women accounted for the largest share of new HIV diagnoses in 2016 and accounted for the largest share of women living with an HIV diagnosis in 2015. In DC, Black women accounted for the majority (93.9%) of living HIV cases. HIV/AIDS is no longer the death sentence it was in the early days of the disease. New medication ensure that individuals are able to live healthy, fulfilling lives. PrEP (Pre-Exposure Prophylaxis) is a one-a-day pill. When used properly it is 90% effective against HIV in HIV-negative people. The DC Department of Health has launched an aggressive campaign encouraging Black women to talk to their doctors about PrEP. Through exercising our agency Black women will be able to reduce transmission of STI/STDs. Admittedly, some women may have difficulty purchasing condoms due to perceived stigma or asking their male partner to wear one. However, it should be stated that placing your sexual health in another person’s hands is incredibly risky business. Using PrEP is a way that Black women can assertively protect themselves from HIV.

I can only speak from my own experience but being a Black woman is one of the most physically exhausting, mentally-taxing journeys I’ve ever been a part of. There are stressors at nearly every turn, whether it’s Karen at work, your partner, aging parents, creditors, or even your children, all of these elements can come together in a tornado of stress. That stress can turn into poor eating habits, physical ailments and even mental illness. In the Black community, the tradition has always been to pray about these things, but it is 2018 and Black women have to do more than just pray. Seeking professional help is crucial in a world where people seem more connected but somehow listen less. Rather than listening to the naysayers that would tell you not to go to therapy- go to therapy. When searching for a therapist, consider one that may have the cultural competency training to understand what the daily burdens are you face. Studies have shown that doctors do not perceive pain among Black patients as they would their white patients. In short, they believe that Black women are made of steel and do not bleed. In order to get the full benefit of therapy, and truly any medical treatment, Black women need to be confident enough to say what the results are that they are looking for. This also requires knowing that some drug treatments are not as effective for Black men and women as they are our White counterparts, and that your doctor should be aware of this.

Female in Mind, Body or Spirit

Transwomen experience challenges to healthcare access that leave their community devastated. According to Access Denied: Washington, DC Trans Needs Assessment, 60% of trans individuals were uninsured or underinsured. Additionally, when they were able to pay for a doctor’s office, 19% reported being denied care because of their trans identity or perceived trans identity. Coupled with their increased likelihood for homelessness, exposure to substance abuse, and self-medicating behavior, trans individuals are at great risk for illness and/or fatality. Trans women face even greater discrimination and threat to their bodies living their daily lives. Last year, it seemed like you could not turn on the news without hearing about the death of another Black transwoman. In the District, 62% of Black trans women reported being physically assaulted, with also 47% reporting being sexually assaulted. Creating safe spaces for trans women to exist will reduce the likelihood of violence. Culturally competent training and education for doctors will also reduce barriers to healthcare for trans women. The role of the doctor is to provide regardless of the patient that walks through their doors. Trans women should ensure that they are able to receive adequate care to address their health concerns. Additionally, there should be more protections to ensure that transwomen do not suffer increased instances of violence.

Black women are made of the same 206 bones, network of systems, and desire to live as their counterparts. Obstacles to life and living however can sometimes cut our lives short. While we cannot account for all that may come in our direction, Black women should began using our minds and our mouths to ensure the safety of our bodies and our spirits. Be a patient advocate for yourself and it might save your life.