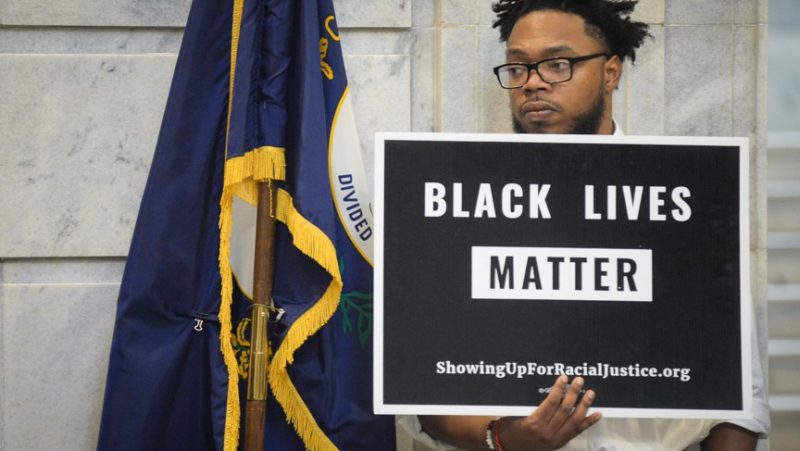 An Inside Look at Organizing with Campaign Manager Thaddeus Walls

This story was originally published on The Black Juice by 82 Tabs on January 27, 2018.

If you do not recognize Thaddeus Walls now, I have no doubt you will know him in the very near future. A military kid born in Greece , raised in Chicago, educated in Kentucky and now residing in Houston, this activist, campaign manager, and all around political guru has made a name for himself in organizing for local and national campaigns. Cory Lancaster of 82 Tabs, Inc. sat down with him to discuss the state of politics, policy, and alternative resources for entry level organizers.

Walls did not dream of working in politics. It fell into his lap during his undergraduate career at Northern Kentucky University. For extracurriculars, Walls joined student government, Kappa Alpha Psi Fraternity, Inc., and the campus chapter of the National Association for the Advancement of Colored People. His roles in these organizations involved rallying, organizing, and programming. He was there on the front lines ready to take a stand whenever he witnessed racial and institutional injustices on his campus. Society would call it activism, but Walls saw himself only as a black man doing the necessary work to prevent discrimination in his community. It wasn’t until Northern Kentucky held a ceremony honoring him for his service that he began to see himself as an activist and move toward this work as a professional endeavor. “It really threw me off guard… After that I became more engaged in class so that I could apply the stuff I was learning to the interpersonal dynamic of activism and organizing,” Walls said.

After graduating in 2012, Walls became an “Obama for America” fellow responsible for training volunteers on field work. Walls went on to work for school board campaigns, city council politics, and state elections. He has held many roles throughout his career. From campaign manager to voter empowerment organizer, his work includes creating political strategies for candidates and incumbents, training ambitious new leaders, raising awareness for community causes, and rallying support for upcoming elections. One of his proudest moments occurred while working for a voter registration campaign during the 2014 Kentucky midterm election. Walls’ work helped increase black voter turnout by 10%.

Winning is always the goal because it signifies that you are one step closer to manifesting a world that aligns with your beliefs. It is the sweet taste of success that every political staffer breathes for. While Thaddeus has experienced his share of wins he has learned a great deal from his losses. He believes it can be a humbling experience and one that can create positive change. “Losing can be a beautiful thing. It allows you to refocus, re-strategize, and figure out what we can do different, and better, for the next time,” he said.

Whether the outcome is a win or a loss, campaigns can be tiring. The countless hours of hard work take a mental and physical toll. Working on a campaign demands hours of field work, knocking on doors, making phone calls, managing volunteers, collecting funds, and organizing rallies. It includes nights of data entry and analysis with whatever quality of technology the campaign can afford. It includes times where there isn’t any pay because it is not uncommon for funding to be delayed or tied up. It also includes the mental anguish of navigating interactions with people who believe the complete opposite of you. Thaddeus practices self-care by saying “no” if he is overwhelmed. Another practice of his is never being afraid to speak up. Whether it is asking for help, or asking for the opportunity to take advantage of resources, Walls adamantly believes that you are your own best advocate. He reflects on a time when he missed out on a professional development webinar solely because he didn’t express interest.

Walls knows that people are drawn to activism for many different reasons. For some it is trendy, for others they have a personal story that makes them want to stand up and fight for their beliefs. But, regardless of the why and the work, Thaddeus wants the world to know that activism is very rewarding. He defines an activist as someone “..using their gifts, talents, or network to bring awareness to the unequal application of justice”. It is very strenuous work but the community support, and the resulting progress, make every minute worth it.

De’Sean Ellis, co-editor of ‘The Avenue’ magazine and Thaddeus’ fraternity brother believes that Thaddeus will change the world someday. He describes Thaddeus as a thesaurus full of information, a dependable brother, and community advocate. De’Sean hopes to see him win a local or national seat in politics. “There is something bigger than Thaddeus that is waiting on him,” De’Sean affirms. “Something big is going to happen for him!”