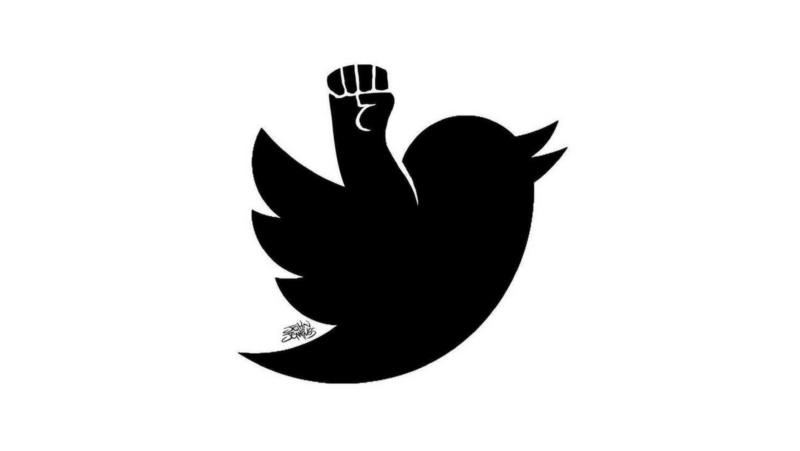 Black Twitter: Cultural Preservation in the Midst of “Virtual Lynching”

Black Twitter is a phenomenon that has led many a conversation in culture. It does have many positive attributes, such as bringing awareness to social issues and creating joyful nuance around serious issues. However, I have become aware of an ill brought about by the Black Twitter community. Some call it being dragged, otherwise known as being disrespected or humiliated on an internet forum, but I call it the “virtual lynching”. Lynching is known as a mob kill for an alleged offense, with or without a trial. Although the “virtual lynching” happens in cyberspace, it always has real-life consequences that are fueled by exaggerated facts and falsehoods that undermine something we all had at one-point — human decency. It’s one thing to state an opinion on a matter; it’s another to be unempathetic. There are instances of hypersensitivity online but none in which we are excused for joining the mob to condemn someone without defense.

Kanye West was slammed by the media due to a failed attempt to start a conversation about the Black identity in America. I do not justify his lack of preparedness, or poor delivery, but I do understand his overall ideology. What he was attempting to say, as he later explained on twitter, was that he wanted Black people to not be mentally enslaved for another 400 years.

He did not mean slavery was a choice then. He meant that it should not be a choice now. The media took advantage of a sound bite and sensationalized it to cause outrage. The fact that people were unwilling to hear or see the full context of his statement proves that society is still mentally enslaved because an uproar occurred without through research. A narrative was given, and we accepted it outright with no inquiry. In the days following the TMZ interview, the media coverage was based solely on one sentence, although the entirety of the interview was about 12 minutes.

In all, I understand the frustration as Kanye should’ve been more responsible with the platform that he holds. However, I cannot condone the “virtual lynching” of a cultural icon. Every time a prominent figure in Black culture does something unpleasant publicly, the Black Twitter community throws them to the wolves via dragging. This is not the way to handle our frustration. I refuse to give away my Black cultural identity for mistakes and misunderstandings. Kanye brought an innovative style into music in which he was awarded 21 Grammys. As a rarity in hip-hop, his style crossed over into the mainstream without sacrificing the integrity of his style. The fashion world is also in awe of his success with Yeezy Brand. As a Black man in America, I hope the Black community can agree those successes are phenomenal. His accomplishments molded my ideologies but now they are being disregarded and devalued by members of my culture. I feel as though this is the way histories are lost and the black community is falling for the trap. Oppression succeeds when a community lacks knowledge of who they’ve become.

Kanye for me has always been an advocate for the Black community. He has called out Presidents for their lack of empathy for our community. Kanye dared to be himself in an age of gangster rappers. He wore polos and a backpack to concerts in an era where baggy jeans and throwback jerseys were the style. I, being a nerd in the hood, with college aspirations saw this as inspiring. His music gave me identity by letting me know it was okay to be an educated black man who demands respect, and not to be an outcast labeled as weird or soft. There are many experiences I can remember being picked on in school for being knowledgeable. Other times I found the peer pressure to engage in certain activities so that others wouldn’t view me as weak.

In these instances, we should instead run closer to our people, to start a dialogue that listens to understand and not listen to respond. In America, where our direct opposition is institutionalized racism and white supremacy, Black people receive harsher punishment for actions that are identical or lesser than their white counterpart. After viewing the memes of Kanye seeking to “throw him away”, I noticed this is a trend in our culture. This breeds the idea that Black people should always being treated more viciously in every instance. Every time our icons are out of step with the common public opinion that black community wants to cut ties. Though the echelon is not equivalent, I think Meek Mill is a viable comparison.

A few years ago, Meek Mill was involved in a rap beef with rapper Drake. He was on probation during this event, which made him vulnerable. Meek Mill was ostracized and mocked, not only by the hip-hop community, but by the world. When Black twitter decided to ‘cancel’ Meek, it opened the doors to many persons who did not even know who Meek Mill was prior to the rap beef. News anchors, city councilmen, and others outside the hip-hop and black community joined in on the “virtual lynching”. One example can be found in Norm Kelly, a city councilman from Toronto Canada who tweeted:

Although Drake is from Toronto, objectively, who gave him permission to appropriate black culture for his own political gains or personal notoriety. Meek Mill replied:

From my perspective, the online backlash created an atmosphere in which Meek Mill was then harassed repeatedly by police leading to his probation violation and unjust incarceration. The 2017 St. Louis airport incident is an example of internet bred outrage transfers into real life. In my analysis the internalized discontent brought about by the Drake feud caused these fans to act violently. In turn, Meek Mill violated his probation again although he was not charged with anything. That 5th violation led to him being sentenced to 2 to 4 years in prison.

How do we solve this issue? The only solution is to teach our youth to be more aware of the consequences of their online behavior. Constantly being informed by untrustworthy sources could contribute to the type of online behaviors that lead to the election of Donald Trump and the hate crimes that followed. The problem in this era of “fake news” is that opinions are now more valuable than fact. Social media etiquette should be taught from elementary all the way into college to have a lasting impact. Some may argue that you are not required to be kind. This is true; however, you are not required to be hostile either. We are molded in this society to be tactful at work, school, or in public spaces in general. So, my question is, why isn’t this cultured into our personas when communicating online? Black Twitter must become more aware of its power and be more responsible. A more responsible Black Twitter freed Meek Mill, ironically after years of ridicule. A Black Twitter aware of its power could boost revenue of Black owned business, elect more Black candidates, or promote pressure campaigns to change laws. With any change we want we must become the change we seek.