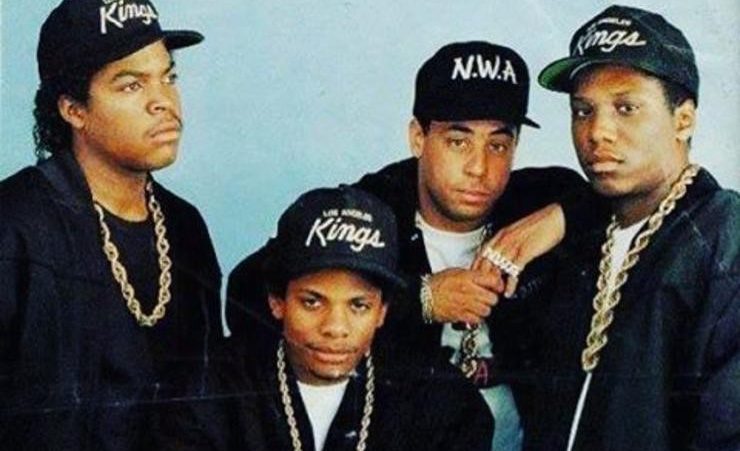 Hip Hop and Politics: Is This Thing On?

This story was originally published on Medium by 82 Tabs on February 13, 2018.

New York is the birthplace of hip-hop, this is not even a debate. New York also has the best hip-hop, feel free to debate your mother about it, not this New Yorker here. Glad we were able to establish this understanding early. Hip-hop has seen many changes since its beginnings in Bronx basements and block parties. What hasn’t changed is hip-hop’s ability to be a mirror that artists use to hold up to America so that they can truly see themselves. Hip-hop is also the loudspeaker that amplifies the experiences of the unheard. While hip-hop has been criticized for its more violent, misogynistic, and criminal themes, artists have used the platform to comment on current events. Additionally, many artists have used their fame and their funds to engage in the political process. Hip-hop is and has been an effective vehicle in informing the masses, and now more than ever it is being used to inform this generation of young voters.

One of the most iconic songs of early hip-hop is “The Message” by Grandmaster Flash and the Furious Five. Released in 1982, its opening lines, “broken glass everywhere, people pissin’ on the stairs, you know they just don’t care,” illustrated the harsh realities of life, for some, living in Reagan’s America. The ravages of drug use and the nation’s war on drugs left, mostly African American and low-income, communities destitute, with many of their residents locked away in jails. Increased police presence in neighborhoods led to more police interactions. Negative police interactions in Black and Brown neighborhoods are widely depicted through rap and hip-hop. Racial profiling and excessive force are the subject of NWA’s “F — K da Police” detailing a real life interaction members of the California-based group actually experienced. “A young nigga got it bad ’cause I’m brown and not the other color, so police think they have the authority to kill a minority” sums up the general feeling of those communities. New York-based group Public Enemy is another hip-hop pioneer that used their music to talk about the issue of police violence. “Fight the Power” and “911 is a Joke” talk about the fractured relationship between the police and the communities they serve, highlighting that police presence doesn’t always make people feel safer.

In recent years, what has been seen as an increase in shootings of unarmed Black men and women by police, artists such as supergroup Run the Jewels weave those current tensions in their track, “Early.” A man stopped by the police begs “please don’t lock me up in front of my kids/And in front of my wife/Man, I ain’t got a gun or a knife/You do this and you ruin my life.” “And we hate po-po wanna kill us dead in the streets fo’ sho” in Kendrick Lamar’s “Alright” is an example of a track that describes the current experience for Black people living in America but also like KRS-One calls on the community to recognize its own strength and perseverance. In KRS-One’s “Know Thyself” gives notes to the black community on how to build and encourage each other. A Tribe Called Quest also used their platform to talk about issues ranging from date rape to consumerism. On their 2016 album the group even dedicated a few tracks let us know what they thought of the current president divisive tactics.

Female voices in hip-hop have been used to not only comment on the black community but also the treatment of Black women. Queen Latifah asked us the ever important question of “who you callin’ a bitch?” in “U.N.I.T.Y.” The song covers issues like street harassment and domestic violence calling on Black men to be better to the Black women who are experiencing similar if not the same challenges of being Black in America. Salt-n-Pepa encouraged society to talk about a taboo topic: sex. Lauryn Hill let Black women know “don’t be a hard rock when you really are a gem,” in “Doo-Wop (That Thing)” a song about the perils of dating. The female sound in hip-hop is characterized by a desire to set themselves apart from the men. So whether you had “no time for fake niggas” like Lil’ Kim, who embraced her sexuality with a demonstrated agency and control, or they wanted to know “Who’s that Girl?” like Eve, an edgy Philly rapper with a tough exterior and tougher bars, there was a female rapper that young girls could see themselves in and see the “permission” to try to do the same things that boys could do.

In addition to using their music to make a difference some hip-hop artists have taken to civic engagement. Talib Kweli, one half of Black Star, uses his lyrics to speak social issues. Kweli, an outspoken supporter of Assata Shakur, organized with Mos Def, a protest in front of City Hall demanding her million-dollar bounty be removed. Kweli has also spoken out against police brutality at demonstrations in Ferguson and in New York City. Rapper M.I.A. has shared her views on the oppression of people of color. As a Tamil refugee of Sri Lankan origin she has used much of her music to discuss themes of oppression and liberation. For her music video “Borders,” M.I.A. cast actual refugees to shine light on the European migrant crisis. Thousands of people, mostly from northern African, started taking boats to the European coast looking to settle there. The trip fraught with risks began garnering international media attention with the increase of deaths in 2015–2016. “Borders” asks questions of several social issues different nations are currently facing. In the political arena, artists like Jay-Z and P. Diddy have used their influence to get younger generations involved in the process. Diddy’s Vote or Die campaign founded in 2004 (now inactive) was very visible at the time and the aim was to explain to young voters the importance of getting engaged. Jay-Z’s relationship with former President Barack Obama is also well-documented and the artist alongside with his wife Beyoncé have made donations to campaigns, have performed community service, and participated in philanthropic efforts.

Immortal Technique. Missy Elliott. Lupe Fiasco. J-Cole. Mos Def. JJ Fad. These are artists whose work I couldn’t include in this piece but still want to acknowledge. Hip-hop gets a bad rap from those who don’t understand it, like Geraldo Rivera. Hip-hop is a space that enables young people to express themselves, to put their pain and pleasure and promise to paper. The new generation of hip-hop artists are carving out their own place in the hip-hop continuum and drawing attention to serious issues, like suicide. Utilizing social media and streaming platforms, they are sending their music out faster than their predecessors. Evolution may change the music but it does not change the message. “Our freedom of speech is freedom or death we got to fight the powers that be.”