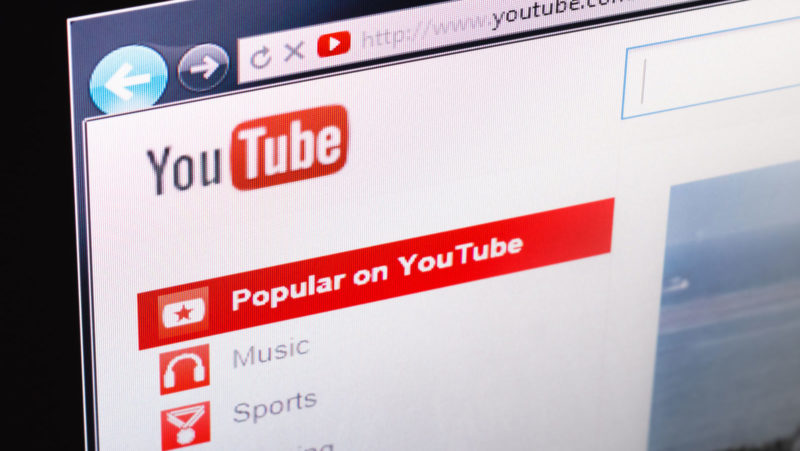 This story was originally published in Policy Perspectives on April 10, 2018.

On April 3, 2017, Nasim Aghdam shot three people at YouTube’s headquarters out of frustration in part because the company stopped monetizing the videos she posted on her channel. Aghdam, a full-time YouTuber, was a vegan who posted content regarding animal rights, health, fitness, and music. Her entire channel was completely demonetized after an algorithm update, which made Aghdam feel that she was being discriminated against and led her to retaliate. Aghdam, a 39 year old Persian women, is one of only a hand-full of women to ever commit mass homicide with a firearm in history

Why did YouTube demonitize her videos? Furthermore, should there be labor protections for full-time content creators? Yes and no. YouTube is a disruptive technology. Disruptive innovation creates a new market and value network while disrupting an existing market by displacing market leaders, products, and alliances. Disruption is an externality of an innovation’s impact. Disruption is not a corporate mission. Therefore, there should be labor laws to regulate the externality, which is the impact of innovation. However, others may argue that YouTube is a service, not a job opportunity, so it is not appropriate to apply the principles of traditional labor law.

YouTube is the second most viewed website in the world. There are more than 400 hours of content uploaded each minute, over one billion hours of content watched every 24 hours, and over 30 million unique visitors per day. The Google-owned website allows its users to upload videos, share and comment on videos, subscribe to channels, and make money by monetizing their content with Google AdSense targeted advertising. Most of the videos uploaded on the platform are free to watch because the actual product YouTube sells is its users —both the content creators and the content consumers. Videos are paired with advertisements and viewers, which drives corporate partnerships and generates revenue. Content creators are treated as independent contractors, not employees, which means that YouTube does not withhold income tax, Social Security, or Medicaid from paid wages. It also means that there is little organizational infrastructure or policy protection in the case of major company changes, even though there is a subset of the YouTube community that creates content as a full-time source of income.

Today, the YouTube partner model is as follows: after a content creator has generated 4,000 hours of watch time and has 1,000 subscribers, he or she is invited to join the YouTube Partner Program. This partnership allows their content to be monetized with advertisements. This is a relatively new policy enacted in January 2018. The previous policy only required that a content creator have 10,000 lifetime views to participate. However, as a result, advertisements were paired with content that contradicted advertisers’ company missions. YouTube has come under fire for its role in Russia’s hacking of the 2016 election, its lack of filters for explicit content, terrorism and graphic war videos, and other ills that occur when large amounts of content are uploaded with virtually no monitoring or barriers to posting. One famous YouTuber posted a suicide victim’s dead body and YouTube boosted the video to the trending page. Other examples include plagiarism through spamming and impersonation, hate speech, promotion of harmful and dangerous activities (for example The Tide Pod Challenge), unfiltered sexually suggestive content, and content with young children that was promoted to pedophiles, among others.

Since advertisements were being played over vile content, corporations like AT&T, McDonald’s, Starbucks, Nestle, Toyota, Honda, GM, Hyundai, Kia, Enterprise, Johnson & Johnson, Walmart, Dominos, Verizon, The Guardian, BBC, Pepsico, Dish Network, FX, GSK, Loreal, and Heinz responded by removing all advertisements from YouTube in what the YouTube community referred to as “Adpocalypse.”Google’s valuation dropped by about $750 million in one day and content creators’ ad revenue dropped by about 93% overnight. In addition to the new policy for partners, YouTube reconfigured its algorithms to demonetize certain content. In essence, it created three buckets for eligible advertising content: one, a manual bucket with hand-picked content YouTube deems appropriate for advertisers; two, an algorithm selector that chooses channels and content that should not ever receive advertising like instructional marijuana videos, porn, copyrighted movies or music; and three, an ambiguous hybrid bucket. Nonetheless, content creators still receive 55% of the revenue that YouTube earns from advertisements per video. However, with all of the new policies and algorithms, most channels never rebounded, so content creators switched from posting videos in hopes of generating ad revenue to relying on the platform as a method of social engagement and brand marketing.

With all of this in mind, should labor policies be put in place to protect content creators? On the one hand, YouTube is the only platform in the past ten years that shares its advertising revenue with content creators by equating real dollars with views. Not only that, YouTube encourages growth for content creators by guiding users to recommended content with an algorithm that specifically pairs videos with new audiences, alerts the most actively engaged subscribers when new content is posted, and rewards content that receives multiple views from the same user. This provides a platform for creators to gain additional sources of revenue. For contrast, Twitter does not provide revenue for tweets, Google does not provide revenue to users for all of the data it collects through Gmail and search engines, and Facebook just implemented a comparatively minor system that pays users for content. Yet, all of these companies use targeted advertising. This is noble of YouTube because internet video advertising  is worth approximately ten times less than television advertising due to skip features and ad blocks. It could be argued that YouTube has done its moral due diligence by sharing revenue and promoting creator content at all. Due to YouTube’s exceptional lock on this market and the size of the platform, most content creators would not stop producing content even if their videos were completely demonetized.

On the other hand, when it comes to disruptive technology, one must measure impact, not intention. It was not YouTube’s intention to provide an outlet for creatives to graduate from starving artists to millionaires. Yes, there are content creators who make millions of dollars per year on YouTube through Google AdSense even with all the changes. In fact, the number of channels earning more than $100,000 annually increased 40% from 2016 to 2017. However, YouTubers are no longer just aspiring creatives; the entire community has a diverse range of contributors. YouTube is a legitimate source of lucrative income for members of society that face high rates of traditional workplace discrimination — felons, handicapped and disabled people, and LGBTQIA individuals, among others. There should be infrastructure that protects the subset of the YouTube community that makes its living as content creators. YouTubers should organize and unionize, and they are. In this case, the demands are not required breaks, eight hour days, and five day work weeks. They are simply communication about algorithm changes and how algorithms work so that creators can make and upload responsible content. Demands also include communication about new technical features and technical malfunctions. Traditional employees receive job descriptions when they onboard so they know what is expected of them in order for them to receive their pay and benefits. Employees receive help when their equipment malfunctions. This set of reasonable requests offers healthy compromise between these two worlds that is both reasonable and attainable.