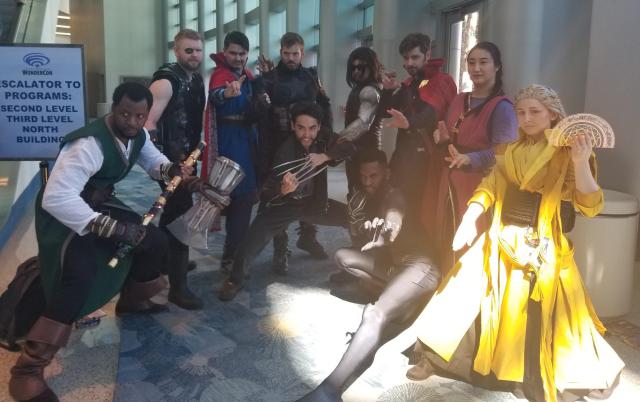 This story was originally published on BlackGirlNerds on March 26, 2018.

WonderCon 2018 is sadly over. This year was chock full of cosplayers and top-notch content which made me wish I had a time turner so I could see it all. I have attended WonderCon for the past 4 years and every year I am amazed at what is available. Panels included We’re Still Here: The First All Transgender Comic Anthology and All Shapes and Sizes Welcome: Body Image and Women’s Issues in Entertainment. I was also pleased with the number of games they had to choose from. I played Prove It and Webspinners with the creator as I’m always on the lookout for more games to add to my collection.
Looking at the TV and film choices — from Batman Ninja to The Science of Westworld — convention goers were able to choose what made their geek flags fly. Thankfully for me, I was able to see many of my favorite fandoms and from those, I have compiled a list of some of my favorite things I learned or saw at WonderCon 2018. 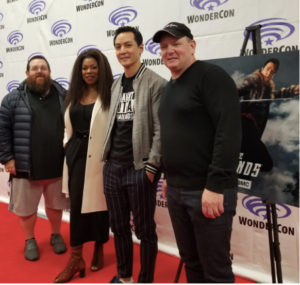 Into the Badlands is one of the most diverse shows on television today. Although I’m a bit salty my girl Veil isn’t on the show anymore, I am very excited to see Lorraine Toussaint as Cressida. Her relationship with Pilgrim is the storyline I am most looking forward to in Season 3 which begins April 22nd on AMC. 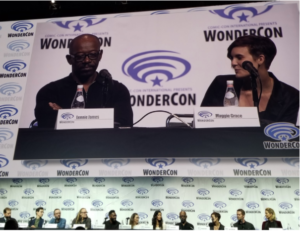 Lennie James. Need I say more? I am so excited to see more of Morgan’s story especially to see what happened after he separated with Rick. Lennie James brings a gravitas to any role he plays and anytime he’s on my screen I plan on watching.Fear the Walking Dead returns April 15th on AMC immediately afterThe Walking Dead season 8 finale. 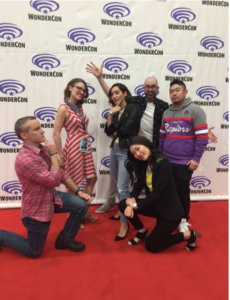 I haven’t had this much fun watching a panel sinceTeen Titans Go!two years ago. The cast was funny and the love that the writers, animators, and cast have for the show was refreshing. They mentioned Unikitty! having her own movie which I would definitely take my kids to watch. You can find Unikitty on the Cartoon Network. 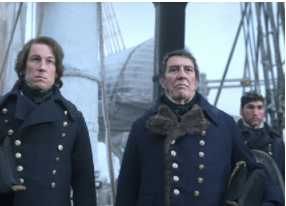 Even though I get nightmares from scary movies and shows, I am a glutton for punishment.The Terroris set to premiere on AMC Monday, March 26th at 9/8c and I can’t wait. I know there’s men stuck in the ice, but my favorite part is not knowing exactly what is stalking these sailors.

I have to say that the diversity (not just in the people, but the costumes) was amazing to see. I love that so many different types of people are feeling comfortable enough 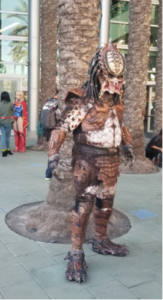 to get out there and their creativity is awe-inspiring. I was so impressed that I will have another post chronicling my favorite cosplayers.
I cannot wait for next year and I can’t imagine how WonderCon will top itself. I mean I have some ideas for guests and panels (I need Lewis Tan to be there and my sisters on #WizardTeam to need to come through), but you never know what a whole new year of shows and fandoms will bring.
*******
Tayci is a mother of 3 boys, a Ravenclaw, and a member of #WizardTeam. In her spare time she tries to write, but usually plays video games. You can find her work here and here and you can find her on Twitter and Tumblr@taycibear.